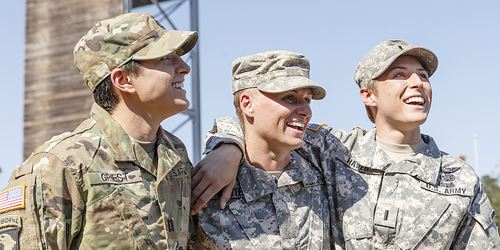 Nikki was born in West Covina, CA and enlisted into the U.S. Army at the age of 21. She went in not for the benefits, but because she felt a moral obligation to serve her country. Her grandpa served in WWII, but she was the only one in her immediate family to serve. She had two brothers, and as the only daughter her mother did not want to see her go. She was stationed at Ft. Leonard Wood in Missouri and spent a lot of time on the east coast. Her biggest regret while serving was that she wished she would have travelled more places.

She did not mind the change in lifestyle, and instead saw it as an opportunity to push her self. Nikki was a communication specialist and said that she was constantly working and striving to make herself a better person for the army to accomplish its daily tasks. She explained that the most enjoyable part about working is getting to know the people on your team and becoming a family. Nikki said the hardest part of the military lifestyle was maintaining relationships, and subsequently her marriage failed.

Nikki was discharged on September 24, 2014 and she confided that as a female it was difficult to adjust to civilian life. She has a hard time relating to other people, especially other females, and feels as if she can only be comfortable around fellow veterans. For this reason, she likes to hang out at the same military affiliated bars where she is familiar with the crowd.

Nikki is currently using her GI bill for an education at the University of La Verne, where she is studying Kinesiology. She said the military really affected her life because she has a different perspective. She said she knows what she wants, sees a lot clearer, and values the people that have stuck around a lot more.

She concluded with some final thoughts about her time in the military. When asked about the life lessons learned while in the service, her response was, "If you cannot handle your alcohol, do not drink with the veterans." She also stated that she wishes more people could see that veterans are not scary, and are just humans. As humans they deserve to be treated with the same compassion, dignity, and respect as everyone else. Nikki concluded her interview by saying "if you want to do it, do it." Meaning if you feel even the slightest urge to serve your country, just do it.

Richard was born in Los Angeles, CA. His father had served in the WWII Army, his brother in the Panama Army, and his other brother in the Vietnam Navy. His mother was not happy with his decision to enlist in the military, because she already had two sons that had been drafted. At 17 years old, and with a lotto number of 312, he decided he was not going to wait to be drafted, and he took it upon himself to enlist. He chose the Navy because he said it had more of a "whole feeling." He stated that at that time, he did not believe he had any other options because at his senior night in high school, the only four booths that were there were: the Navy, Marines, Army, and Air Force.

He stated that the hardest part of the military lifestyle to adapt to was being away from home. Richard was uncertain about what to expect in the military, for it was a whole new game to him. He also stated that it took some adjustment to take orders and travel to other countries. During Richard's service in the navy, he served mostly in Vietnam. He did, however, travel to Japan, New Zealand, Australia, Hawaii, Samoan Islands, Hong Kong, and his home port in the Philippines. He recollected watching different cultures and seeing how other countries hated the U.S. because of how powerful we are. He said other countries often shouted, "Go Home America!"

Richard described how combat experience changed him because he had to learn with being okay not knowing what is going on around him. He said the best birthday gift he had ever received was being discharged on November 4, 1970. The day he turned 20. After being discharged, he returned home to Los Angeles. He adjusted pretty quickly to civilian life and used his GI bill to pursue an education in retail marketing at Citrus Jr. College. Although he was aware of his GI bill for housing and education, he was not aware of his benefits at VA Hospital until 10 years ago.

He said serving in the Navy did not affect his life, and he said that if he knew then what he knows now about the military, he would have made a career out of it. Richard stated that a couple things he wishes people knew about veterans is that they are just doing their job serving the country and that is difficult with the other sides looking down on them. He said that the military now is all voluntary and so soldiers are doing this on their own free will. Richard concluded his interview by stating that the message he would like to leave for future generations who read his interview is that a big part of the military is defending our country and if millenials do not see the whole picture we could be overtaken by another powerful country and lose our democracy. 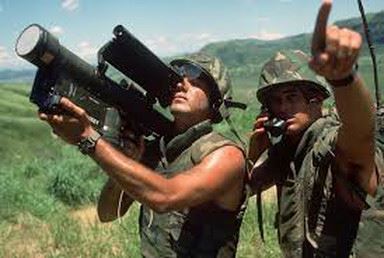 Greg was born in Glendale, CA. His father, grandfather, and great-grandfather had all served in the Navy. Subsequently when Greg turned 18, against his mother's wishes, he joined the Navy as well. He served in the Persian Gulf during Desert Storm. He recollects seeing death (a lot) and ships going down, followed by him going in after and getting the soldiers out.

He was discharged on May 14, 1992 and he went back home where he had a job waiting. Greg said he adjusted perfectly, but about 7 years after being out he began to have difficulty sleeping and nightmares. Shortly later, he learned he had developed PTSD. Had it not been for a buddy of his at the American Legion 20 years later, he would not be aware of the benefits he had earned from his service.

Richard said that his military service experiences made him a man. He also learned how to be a better person, as well as honor. When Richard was asked what he wished more people knew about veterans he simply replied "the struggle." He expanded on this thought and explained that civilians do not realize what veterans go through to ensure others' freedom. In conclusion, the message Greg wanted to leave for future generations was to "serve your country."

These interviews were conducted by Brianna Thrasher, an intern with Azusa City Library.